Jubilee Hills Public School showcased the skill and flair of each and every student
of Class V through a theme based programme „ Azadi Ka Amrit Mahotsav‟ wherein
the convergence of the values and glories of the freedom struggle of the past with
the aspirations and dreams of a young, new and iconic India was exhibited. The
show started with Prayer Song and Welcome Dance.
The Primary Headmistress, Ms. Vidhu Mohan welcomed the gathering and said
that this theme based programme would inculcate patriotism among students and
value the freedom which is the outcome of sacrifice done by our great freedom
fighters.
The entire programme was very well anchored in three languages. The dances,
skits, dance dramas and the role plays were well executed by the students with
fluent dialogue delivery and natural acting. Children commemorated the stories of
unsung heroes whose sacrifices have made freedom a reality for us and also revisit
the milestones, freedom movements in the historical journey to 15 August, 1947.
They put in their heart and soul to make the event a grand success.
The Vice Principal, Ms. P. Kanchana Valli in her speech stated that this programme
focuses on patriotism which will instil in students a deep understanding about the
history. She also informed that today is Constitution Day, also known as “National
Law Day”.
The Principal, Ms. M. Varalakshmi appreciated the children for their extraordinary
performance and appreciated the teachers and parents for the support extended.
The Chairman, Sri A. Murali Mukund appreciated the students for their wonderful
performance, confidence and their team spirit and added that values play an
important role and they must be instilled in child’s life.
The parents of Class V were overwhelmed with remarkable and fantastic
performances of their children and thanked the management and teachers for
giving an opportunity to their children to exhibit such a wonderful show. 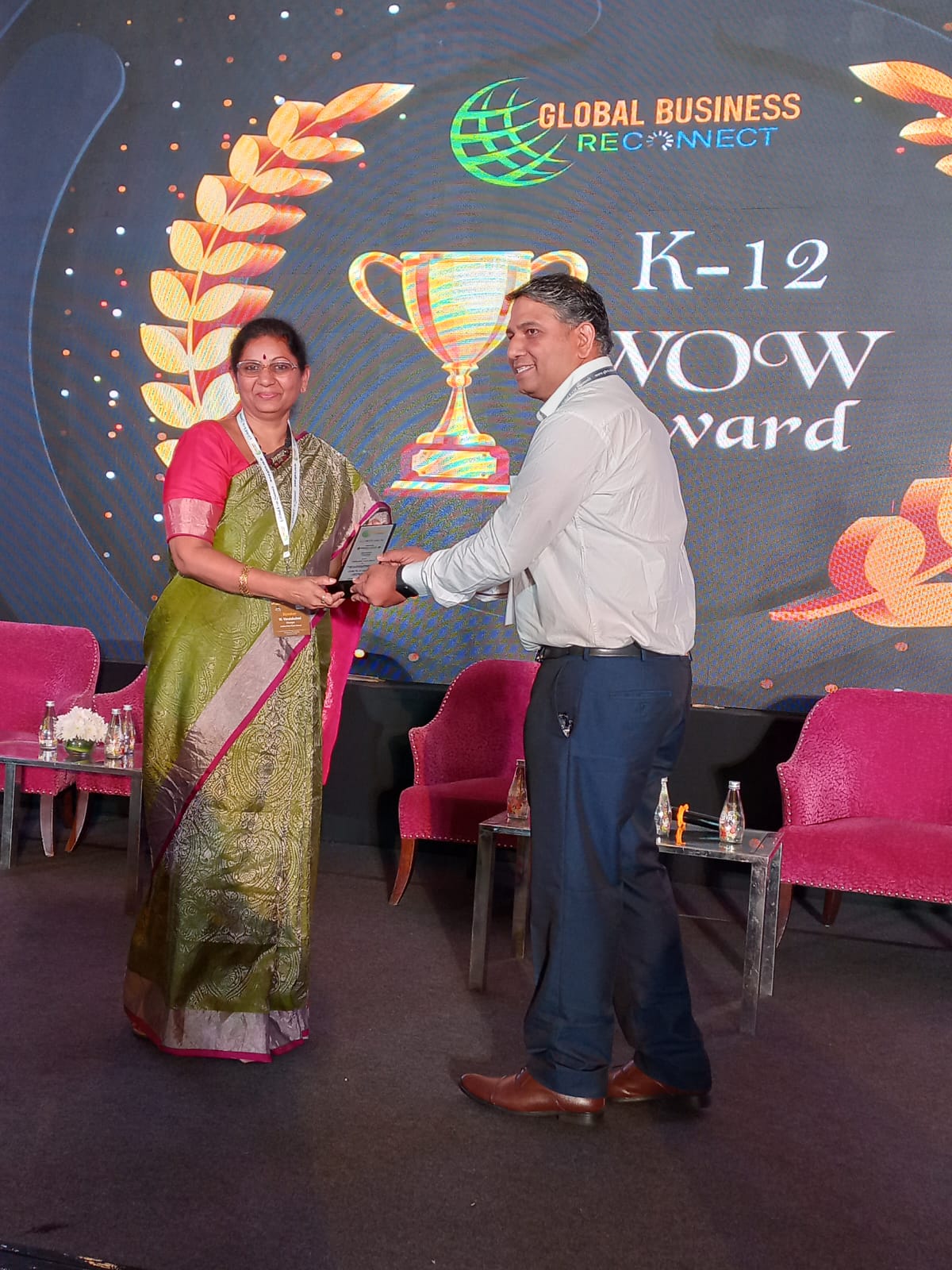 Surging ahead with aplomb, Jubilee Hills Public School,
Hyderabad, has once again been bestowed with Global K 12 Wow
Award 22 for the Innovation in Teaching Pedagogy and skill based
Education Programs. The award was presented at Global K-12
Summit, a platform which connects top educators in the country.
With over 3500 students who are enriched with the school motto of
‘Tradition and Technology’ and a team of well qualified and
experienced staff who are adept at disseminating education
through pedagogies designed specifically for the 21st century
learner.
Principal, Ms. M. Varalakshmi received the award on behalf of the
school at an event held at ITC,Kohinoor, Hyderabad on 23rd
November’22. She was also a speaker at the event.
The School Chairman, Sri A. Murali Mukund, parents and well wishers congratulated the Principal and staff for this remarkable recognition. 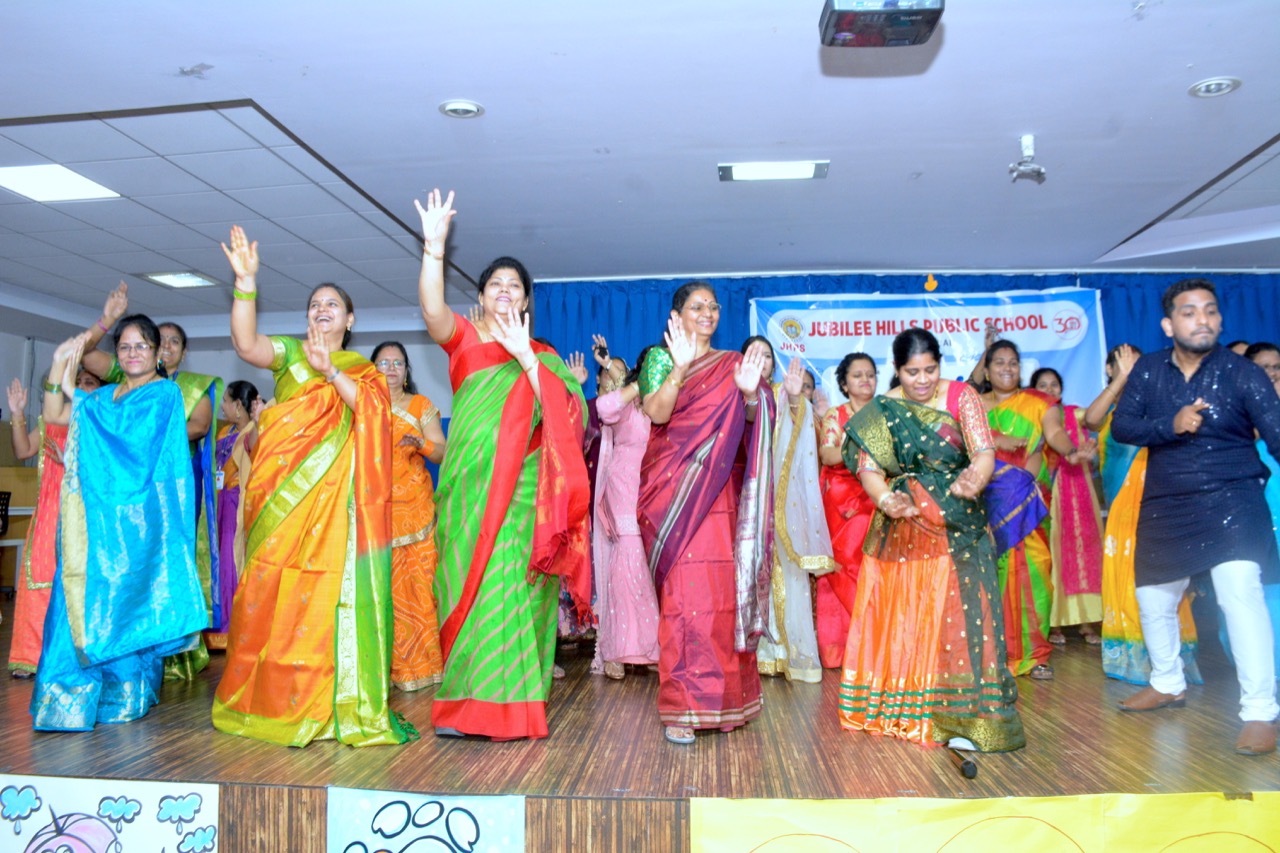 World’s Children’s Day was celebrated on November 18th and
19th , 2022 at Jubilee Hills Public School, Hyderabad, with great
joy and enthusiasm.
The Principal, Smt.M.Varalakshmi wished the students during
the special assembly and spoke to the students about the
prominence of childhood and how the years spent at school
become memories to be cherished in later years of their life.
Later, a well collaborated and coordinated program was
presented by the teachers of the school. They enthralled the
students with some foot tapping, power packed dance
performances to a medley of songs. The teachers also entertained
the children with an array of programs which included a comedy
skit, fashion show and a lazy dance.
The students were overwhelmed with the love and affection
showered on them by their teachers and thanked them for
making their day truly memorable.

In line with countrywide celebrations to commemorate the birth anniversary of
Sardar Vallabhbhai Patel, students and staff of Jubilee Hills Public
School,Hyderabad, celebrated RASHTRIYA EKTA DIVAS on October 31st with
great zeal and enthusiasm. During the special assembly conducted to mark
the occasion, students spoke about various contributions and role of India’s
Iron man in the political integration of the country. Principal
Smt.M.Varalakshmi , while addressing the students, highlighted the
significance of unity and stressed on the need to be united in every task they
undertake. Impressive declamations of Sardar Vallabhbhai Patel were
presented, which heightened the patriotic spirit among the students. This was
followed by students taking the Rashtriya Ekta pledge to uphold the unity
and integrity of India. Later, all the students marched in an orderly manner,
house wise, as a part of Unity Run, which was led by the school Student
Council members and the NCC students.
The special assembly concluded with the students rendering the National
Anthem which filled the air with the spirit of nationalism.